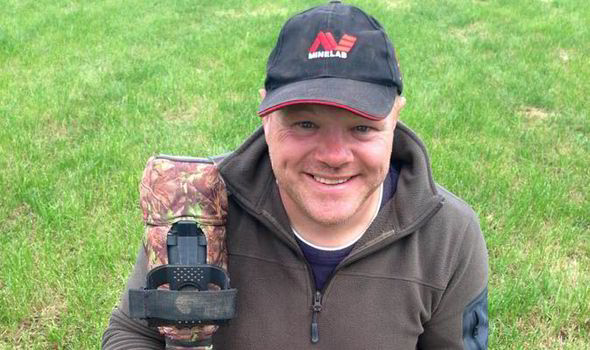 A horde of Viking treasure believed to be over 1,000 years old has been dug-up by a retired businessman, Derek McLennan from Ayrshire.

The hoard includes a solid silver cross thought to date from the 9th or 10th century. It also boasts possibly the largest silver pot ever discovered, with its lid still in place.

The haul includes over a 100 items and is one of the most significant Viking finds in Scotland and could be worth millions.

Stuart Campbell, National Museum of Scotland’s head of Scotland’s treasure trove unit, said to the BBC: “This is a hugely significant find, nothing like this has been found in Scotland before in terms of the range of material this hoard represents.
“There’s material from Ireland, from Scandinavia, from various places in central Europe and perhaps ranging over a couple of centuries. “So this has taken some effort for individuals to collect together.
The hoard falls under the Scots law of treasure trove, which provides for a reward to be made to the finder, and the Church of Scotland, as the landowners, have reached agreement with McLennan about an equitable sharing of any proceeds.

The Scottish government’s culture secretary, Fiona Hyslop, said: “It’s clear that these artefacts are of great value in themselves, but their greatest value will be in what they can contribute to our understanding of life in early medieval Scotland, and what they tell us about the interaction between the different peoples in these islands at that time. The Dumfries hoard opens a fascinating window on a formative period in the story of Scotland.”